Robert Wilfred Levick Simpson (2 March 1921 – 21 November 1997) was an English composer, as well as a long-serving BBC producer and broadcaster. He is best known for his orchestral and chamber music (particularly those in the key classical forms: 11 symphonies and 15 string quartets), and for his writings on the music of Beethoven, Bruckner, Nielsen and Sibelius. He studied composition under Herbert Howells. Remarkably for a living contemporary composer, a Robert Simpson Society was formed in 1980 by individuals concerned that Simpson’s music had been unfairly neglected. The society aims to bring Simpson’s music to a wider public by sponsoring recordings and live performances of his work, by issuing a journal and other publications, and by maintaining an archive of material relating to the composer. In 2021, he was featured as Composer of the Week on BBC Radio 3. 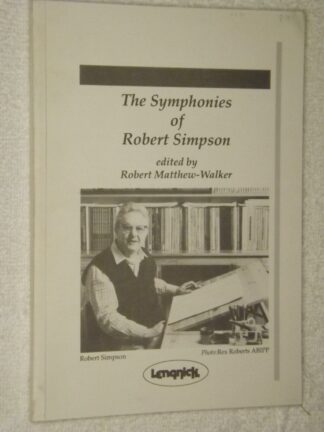