In his first trips abroad, Elgar visited Paris in 1880 and Leipzig in 1882. He heard Saint-Saëns play the organ at the Madeleine and attended concerts by first-rate orchestras. In 1882 he wrote, “I got pretty well dosed with Schumann (my ideal!), Brahms, Rubinstein & Wagner, so had no cause to complain.” In Leipzig he visited a friend, Helen Weaver, who was a student at the Conservatoire. They became engaged in the summer of 1883, but for unknown reasons the engagement was broken off the next year. Elgar was greatly distressed, and some of his later cryptic dedications of romantic music may have alluded to Helen and his feelings for her. Throughout his life, Elgar was often inspired by close women friends; Helen Weaver was succeeded by Mary Lygon, Dora Penny, Julia Worthington, Alice Stuart Wortley and finally Vera Hockman, who enlivened his old age. 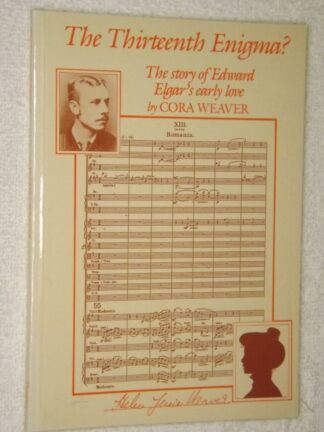