The acclaimed English composer William Walton–enfant terrible of English music in the 1920s and ’30s, composer of Façade, Belshazzar’s Feast, and a host of other brilliant works–lived a long and accomplished life. Admitted as a nine-year-old Lancashire schoolboy to Christ Church Choir School in Oxford, he was discovered by Sacheverell Sitwell as an undergraduate at Christ Church, adopted by all three Sitwells, and early on discovered a publisher willing to back his unconventional music. He was, along with Ralph Vaughan Williams and Benjamin Britten, one of the giants of 20th-century British music. In this moving memoir, Susana Walton has created an intimate and revealing portrait of this great English composer, recounting his entire career and their thirty-five years of marriage. The book brims with colorful anecdotes of some of the people who played a part in Walton’s life, including the Sitwells, Laurence Olivier (for whose three Shakespeare movies Walton composed the score), Benjamin Britten, Maria Callas, Lord Kenneth Clark, W.H. Auden, Yehudi Menuhin, and Julian Bream. Packed with numerous photographs, many of which have never before been published, this charming volume offers many insights into Walton, the composer and the man. 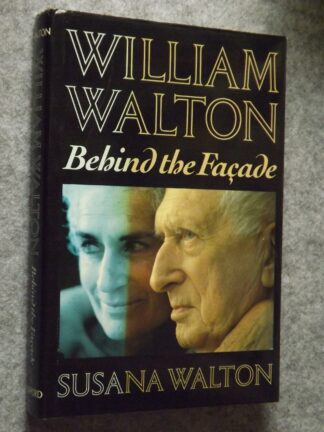