The two related movements, Dada and Surrealism, dominated the art world between the two World Wars with a new form of art that was intended to shock the spectator into a new awareness of reality. But Dada and Surrealism were more than just movements in art advocating new styles of painting; they were the expression of a revolt against Western civilization and culture, in which works of art were the means to an end rather than an end in themselves. Robert Short looks at the ideas which lay at the heart of the two movements, explaining how the Dadas and the Surrealists came to produce works defying the canons of taste that had dominated European culture since the Renaissance, works whose bizarre power and striking originality have made them the most instantly recognizable and universally popular of all types of modern art. This book also reveals the considerable diversity within the two movements. Tracing Dada to its origins – Man Ray and Duchamp in New York; Hugo Ball and Jean Arp in Zurich; Huelsenbeck and George Grosz in Berlin – Robert Short describes the forms taken by Dada in different centres before it reached its extraordinary finale in Paris. He also shows that the break between the Surrealists and the Dadas was not merely the result of a struggle for control of the movement between the various personalities but had its roots in fundamental differences of belief. 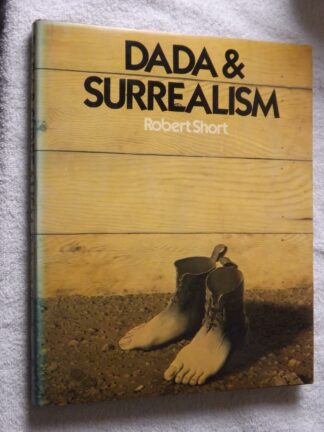