When the first issue of Private Eye was published in 1961, not many people thought it would last more than a few months. This 1971 biography of the periodical describes how the magazine came into being with Richard Ingrams portraying the unlikely editorial collaboration of himself, William Rushton, Christopher Booker, Paul Foot, Peter Cook, Claud Cockburn and many other pseuds of Greek Street. The selections include cartoons, the Colour Section, Lunchtime O’Booze, Glenda Slag, Knacker of the Yard, Baillie Vass, The Last Days of Macmillian, Mrs. Wilson’s Diary, the Profumo Affair, the Hal Woolf story, Barry McKenzie, Grocer Heath, and news that no other British newspaper would print. This is the story of how it became England’s most sued magazine defying boycotts by advertisers and big distributors with enviable agility and wit. 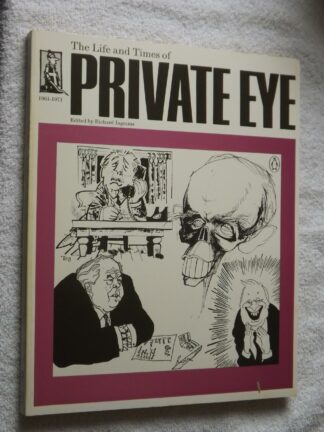