Richard Wagner’s fifteen-hour operatic cycle The Ring of the Nibelung ends with this great music drama. Michael Tanner’s essay tackles the scale and meaning not just of this work but of Wagner’s whole undertaking, showing that Goetterdammerung is – for all its length – his fastest-moving drama. Composer Robin Holloway brings the focus of creative genius to his discussion of the score, while Christopher Winkle’s article analyses Brunnhilde’s concluding monologue. The ninety numbered musical themes of the Thematic Guide are cross-referenced to the other Ring guides.Contents: An Introduction to the End, Michael Tanner; Motif, Memory and Meaning in ‘Twilight of the Gods’, Robin Holloway; The Questionable Lightness of Being: Brunnhilde’s Peroration to ‘The Ring’, Christopher Wintle; Goetterdammerung: Poem by Richard Wagner; Twilight of the Gods: English translation by Andrew Porter. 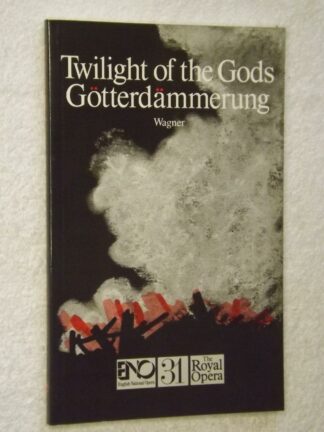