-: Munch and the workers

Following an illustrated Biography, two brief essays `Now it is the time of the workers’ and `Munch’s early concern with themes of work 1880-1900′ set the scene for the catalogue that is subdivided chronologically into specific areas of work: Fishermen, Farmers, Beggars and Workers in Germany and Norway 1900-1910; People and Surroundings in Kragerø around 1910; Workers in the Snow 1909-1913; Agricultural and Forestry Work, Fertility Motifs 1910-1916; Workers Returning Home 1913-1920; City Motifs, Building Work, Construction of the Studio 1920s; The Freia Project: Designs for Murals in the Dining Room of a Chocolate Factory 1921, and The Town Hall Project: Designs for the Mural Paintings in the Oslo Town Hall 1927-1933. The original Norwegian texts of Gerd Woll were translated by David Cheetham. 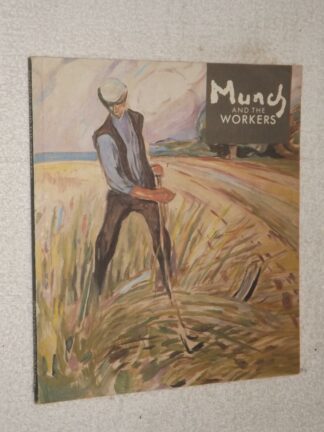