Written with the subject’s co-operation, this is a biography of the British composer, Sir Peter Maxwell Davies. Over the last three decades he has produced an extraordinary range of music, from children’s pieces and film-scores for Ken Russell, to the symphonic cycle from the riotous “Orkney Wedding” to the gruesome “Eight Songs for a Mad King”. Yet all of Maxwell Davies’s works are stamped with his own individuality and craftsmanship, and – unusually for a modern composer – his music appeals to the experienced musician and the layperson alike. Dividing his time between his Orkney retreat and London, he is also in constant demand as a conductor, and was the instigator of the celebrated St Magnus Festival on Orkney. Published in the year of Maxwell Davies’s 60th birthday, the book offers an account of a colourful life, for anyone drawn to his accessible and inventive music. The author writes regularly for several classical musical journals. 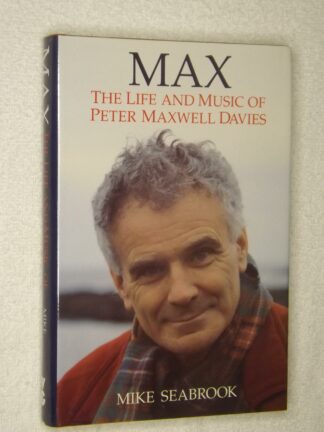