Michael Palin: Around the world in 80 days

Around the World in 80 Days with Michael Palin is a 7-part BBC television travel series first broadcast on BBC1 in 1989. It was presented by comedian and actor Michael Palin. The show was inspired by Jules Verne’s classic 1873 novel Around the World in Eighty Days, in which a character named Phileas Fogg accepts a wager to circumnavigate the globe in eighty days or less. Palin was given the same deadline, and not allowed to use aircraft, which did not exist in Jules Verne’s time and would make completing the journey far too easy. He followed Phileas Fogg’s route as closely as possible. Along the way he commented on the sights and cultures he encountered. Palin encountered several setbacks during his voyage, partly because he travelled with a five-person film crew, who are collectively named after Passepartout, Phileas Fogg’s manservant. The programme was a critical and commercial success, winning strong ratings in the UK and selling well abroad. It was also released on video tape and later on DVD. Following the trip Michael Palin wrote a book about the experience. This book contains much more detail than could be presented in the TV programme, and Palin’s personal views are also more clearly evident. The book contains many pictures from the trip. 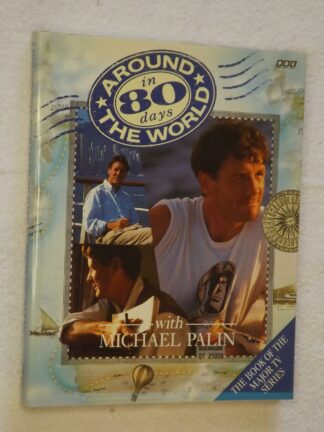