Heinz R.Pagels: Perfect symmetry – The search for the beginning of time

Popular science at its best, this acclaimed classic work describes in stunning detail how cutting-edge discoveries in quantum physics and cosmology are helping to explain the origin and evolution of the universe, of space and time. Perfect Symmetry is an optimistic report about the ongoing synthesis of these two disciplines into a concerted effort to uncover the fundamental laws that not only describe how the stuff that makes up the universe — matter and energy — came into existence but also govern the behavior of the smallest and largest things, from subatomic particles to stars, galaxies, and the universe itself. Written by that rarest of scientists — one who is esteemed by his peers yet capable of making the most complex ideas comprehensible to laymen — Perfect Symmetry is an enthralling intellectual adventure, science that reads like art. 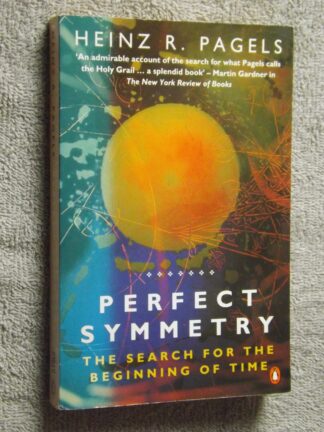