Harold Robbins’ very first novel is also one of his most powerful. Never Love a Stranger tells the gritty and passionate tale of Francis “Frankie” Kane, from his meager beginnings as an orphan in New York’s Hell’s Kitchen. From that confused and belittling start, Frank works his way up, choosing the wrong side of the law to make a name for himself. At a young age, he becomes one of the city’s most dangerous men, indulging in his passion for power, sex, and the best things in life-whether or not they can be purchased. 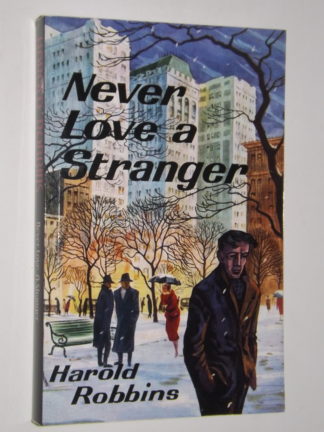