The authoritative record of America’s top fighter pilots from the early 1900’s through the Korean War. Beginning with a definition of the term “ace,” the book details the exploits of the Lafayette Escadrille in France, the Flying Tigers in China, the Eagle Squadron in England, pilots of the U.S. Navy and Marines, the 8th Air Force in Europe, and finally, the action in the air over Korea. Included are extensive Appendices of Medal of Honor aces, lists of aces in each conflict and other details of the most successful fliers. Illustrated with 16 pages of photographs. Author Gene Gurney (1924-2011) served more than 60 years in the U.S. Air Force and NASA and was the author of numerous books on aviation history. 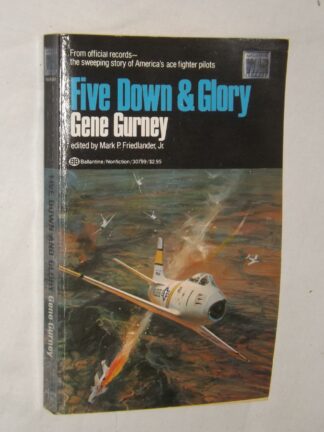