The legend of the Flying Dutchman fired Wagner’s imagination as early as 1838 when he read Heine’s treatment of the myth, but it was not until five years later that the work had its premiere in Dresden. In between time, Wagner, fleeing from his creditors, endured a stormy sea voyage to London which provided the second vital step towards the opera’s composition. The ship was forced to take refuge on the Norwegian coast and it was here that Wagner found a scene which became the setting for Act I of the Flying Dutchman. Furthermore, the call of the crew as they cast anchor and furled sails provided him with the theme of the Seaman’s Song. When Wagner finally came to compose the opera, it took him only seven weeks to produce the un-orchestrated form. The premiere in 1843 was disappointing, described as ‘ghastly pallid’ and it had only four performances. Nevertheless, The Flying Dutchman was a masterpiece of music-drama and is now recognised as such, having stood the test of time. Frank Granville Barker tells the story of the opera’s composition, provides an insight into Wagner’s debt-filled life at the time and gives a clear picture of his unusual working methods with a special chapter on ‘Wagner’s Advice to the Players’. He includes a critical section on performances and a review of available recordings. The complete libretto, with a new English translation by Charles Osborne, is included. 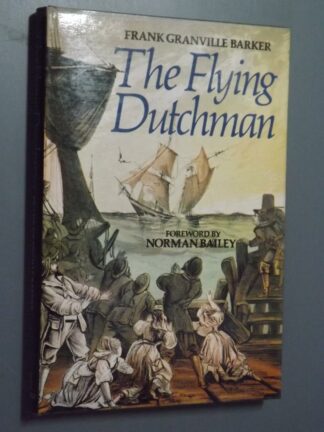