Jane Austen’s satirical classical novels have made a lasting contribution to English literature and first gave the novel its distinctly modern character with the treatment of ordinary people in everyday life. Her works, such as Pride and Prejudice, Emma and Mansfield Park, remain as popular today as they ever have been, both in book form and a screen adaptations. The Preface Books series approaches the work of Jane Austen from a particular perspective which, by introducing the writer via a biographical sketch and a survey of her cultural and social context, encourages readers to understand her work in the period and style it was written. Christopher Gillie’s A Preface to Austen looks at Austen’s life and literary background and their effect on her work. Using biographical information, it clearly sets her writing firmly in the context of her times and will be essential reading for anyone interested in the works of Austen. 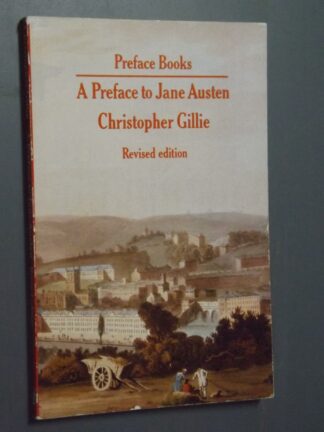