This volume demonstrates that through his activities as a composer, historian, lecturer and administrator, Sir Hubert Parry (1848-1918) played a significant role in British music during the latter half of the nineteenth century. Yet despite his achievements, this century has for the most part neglected both Parry’s writings and his compositions; his name is remembered by the general public for one work alone – Jerusalem. In this collection of essays, Bernard Benoliel examines some of the reasons for this neglect and reassesses some of Parry’s most important works.These essays show that it was due to the large number and diversity of his public engagements (both social and work related) that Parry’s musical achievements did not often reach the heights of creative genius of which he might otherwise have been capable. By examining Parry’s personal relationships with his family, and in particular with his wife, Maude, Benoliel reveals an immensely complex personality; a man whose private and public selves were very much shaped by the society in which he lived.The book concludes with a selection of Parry’s own published writings, with introductions by the author. 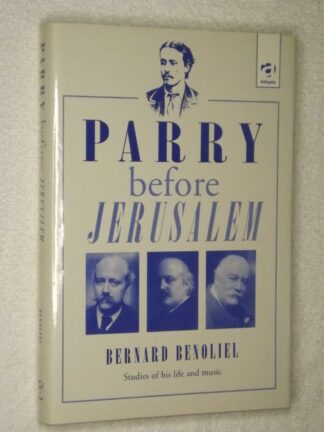