This is the first study of the life and music of Balfour Gardiner (1877-1950), a composer of some distinction and a generous patron of British music. But it is necessarily more than the story of just one man: it is an account of many friendships (chiefly musical) during that exciting period of British music’s struggle out of mediocrity to prominence. It was Balfour Gardiner who, before the First World War, launched in Queen’s Hall a remarkable series of concerts that did much to establish the reputations of several young composers. It was he, too, who made possible in a war-torn England the first performance of Holst’s The Planets, and who gave considerable assistance to his close friend Delius, the plight of whose last years forms a tragic undercurrent to this book. Stephen Lloyd brings to light for the first time the full story of this once greatly respected musician and benefactor. He has traced Gardiner’s student days in Germany, his early struggles as a composer, his involvement first in the folk-song movement and later with the ill-fated Musical League, his extensive patronage of music, his dabbling in architecture, and his eventual forsaking of composition for afforestation, which proved an equally remarkable undertaking. 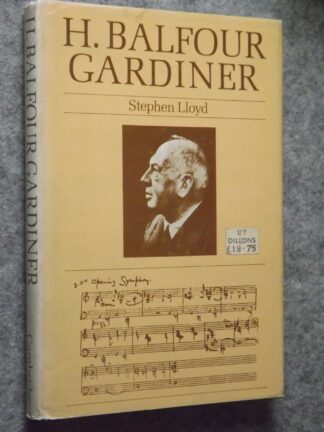