Edward Hopper (1882-1967) is considered as one of the first important American painters in 20th century art. After decades of patient work, Hopper enjoyed a success and popularity that since the 1950s has continually grown. In canvas after canvas he painted the loneliness of urban people. Many of Hopper’s pictures represent views of streets and roads, rooftops, and abandoned houses, depicted in a brilliant light that strangely belies the melancholy mood of the scenes. Hopper’s paintings are marked by striking juxtapositions of color, and by the clear contours with which the figures are demarcated from their surroundings. His extremely precise focus on the theme of modern men and women in the natural and man-made environment sometimes lends his pictures a mood of eerie disquiet. On the other hand, Hopper’s renderings of rocky landscapes in warm brown hues, or his depictions of the seacoast, exude an unusual tranquillity that reveals another, more optimistic side of his character. 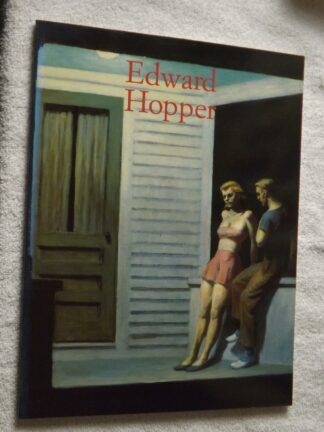