The Territorial Imperative: A Personal Inquiry Into the Animal Origins of Property and Nations is a nonfiction book by American writer Robert Ardrey. It describes the evolutionarily determined instinct among humans toward territoriality and the implications of this territoriality in human meta-phenomena such as property ownership and nation building. The Territorial Imperative was an immediate success and remains a widely influential work of popular science. It extended Ardrey’s groundbreaking anthropological work, contributed to the development of the science of ethology, and encouraged an increasing public interest in human origins. 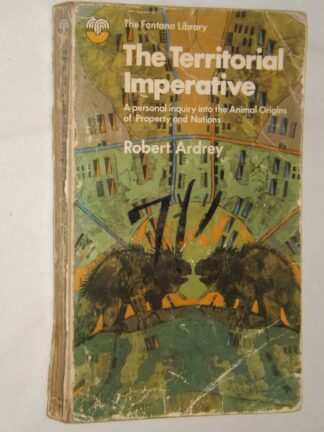