Born in Gloucester in 1890 Ivor Gurney began writing songs and poems in his teens, taking his inspiration from the Severn Valley countryside he grew up in. Sent to the Western Front during the First World War Gurney experienced the desolation and horror of war, which made a profound impression on him. At his death in 1937 he was beginning to be acknowledged as one of England’s finest composers but it took several more decades for his work as a war poet to be fully appreciated. The composer Michael Hurd – also a native of Gloucester – explores the life of a man who was deeply affected by what he saw in the trenches and who ended his days in a lunatic asylum. Charting his life from childhood and family to student days in London, where one of his tutors was Vaughan Williams, to his time at the Front and his final disintegration into madness, Hurd captures the essence of this exceptional man in a lively and compelling narrative. First published in 1978 The Ordeal of Ivor Gurney includes a wealth of previously unpublished material and is a moving and extraordinary account of a tragic genius. 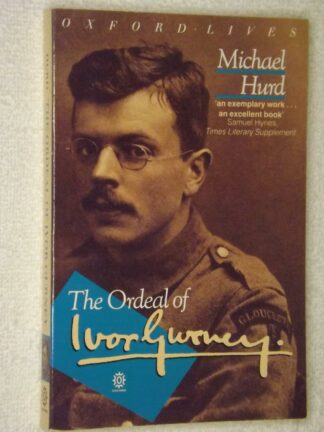