The extraordinary richness and variety of English painting during the reign of Queen Victoria is only now, after years of neglect, beginning to be appreciated. If the period produced few British artists of world stature, this was more than balanced by the cumulative effect of sheer quantity and diversity of talent. Encouraged by new sources of patronage, painting broadened its subject matter and swelled its output. It was a period in which painters achieved great fame and often great wealth. It was also a turbulent period for painting, a period of movements and counter-movements. of schisms and rivalries. It produced not just the glories of the PreRaphaelite movement but the academic though frequently brilliant works of the Neo-classical school, and many fine landscapes, genre paintings, nudes, still lifes, sporting, animal and fairy paintings. As a period of feverish activity, it is without parallel in the history ofEnglish painting. But it was also the era in which the very foundations of painting were shaken by the arrival of a new art-form, photography, which brought into question many of the traditional ideas of painting. As a specialist dealer, Jeremy Maas has become familiar with a remarkably wide range of paintings of the period. Never before has Victorian painting received such extensive coverage in a single volume. 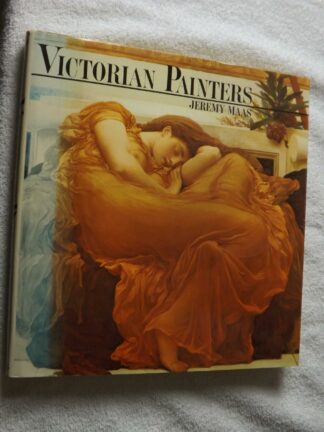